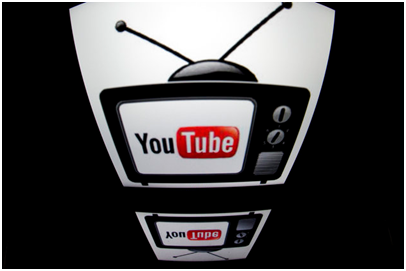 Is this new generation of broadcasters superseding old fashioned TV as we know it? Amongst millennials the answer is a resounding yes. According to a recent study carried out by Hunter Qualitative Research, younger audiences watch more hours of video on YouTubeand other digital outlets than TV —simply because they find it more enjoyable and relevant to their lives.

Younger viewers connect more strongly with YouTube and other digital-native content because it feels more real. Big-name YouTubers and other digital stars are more popular among teens than traditional Hollywood and music celebs. A recent survey carried out by Variety showed that the 5 most influential figures among Americans ages 13-18 were all You tubers, led by comedy duo Smosh, The Fine Bros. and PewDiePie, topping affinity scores for the likes of Jennifer Lawrence and Katy Perry.

What does this mean for Advertisers?

Omid Kordestani, Google’s chief business officer, stated last year that “YouTube reaches more 18- to 49-year-olds in the US than any UScable network.”

The number of advertisers on YouTube has increased 40% year on year according to recent estimates.

TV still owns the lion-share of ad spend but for how long? Spend in the US on video ads last year is estimated at $7B (in the US). Estimates suggest spend will top $13B by 2019! This increase has to come from somewhere, and industry pundits suggest it will be at the expense of traditional tv advertising. According to a recent AOL’s survey of nearly 300 agencies, publishers, and brands, approximately half of the buyers who increased their digital video spending this year reported that the additional spend came from their TV budgets. And 39% of buyers said their increased digital spend is coming directly from broadcast TV, which is more than twice as many as the 18% that said this in 2012.

It would be plainly wrong to suggest that tv ad is dying, but there is a shifting of sands that cannot be ignored.